After experiencing some delays in a school year full of absences, quarantines and uncertainty,  last Wednesday, February 2nd, our playwrights and actors from 2nd ESO B, C and D from the Bilingual Section finally took the stage to premiere their adaptation of A Christmas Carol: A ghost story, the classic masterpiece by XIX Century English writer Charles Dickens.

During the last 8 weeks, students have been doing research on the author, the period, the plot and the characters of the story. They wrote the script in groups by adapting what was conceived as a narrative text into a dramatic one, following and respecting the different genre conventions and English grammar and spelling. They were  each cast in a role in the play and learnt their lines. As a result, they have acquired basic notions of stage presence and blocking, enunciation, pronunciation and group work. They also gained confidence speaking a foreign language in public, in front of an audience including their tutor teachers, their classmates from 2nd ESO E and some other teachers and assistants, some of whom were also involved in the development of the rehearsals and final performance. Thus, students have developed their reading, writing, listening and speaking skills, their cultural and artistic competence and their peer relationships in diverse new spaces with rules that are different from those of the classrooms where they usually spend their time. 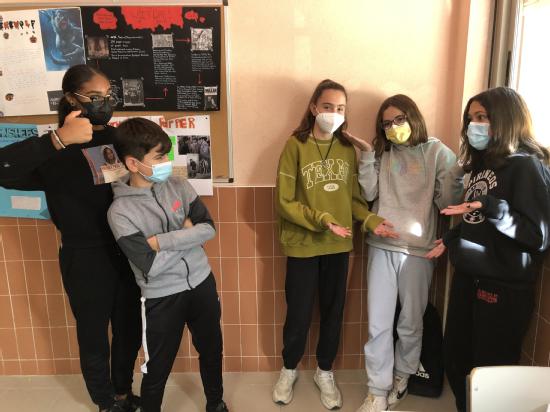 This project has been designed and implemented by our language assistant Meghan Lowey under the supervision of Professor Ángel Castillo Franco, bilingual coordinator in the school, during the Advanced English lessons taught by teacher Carmen Cano Rodríguez. 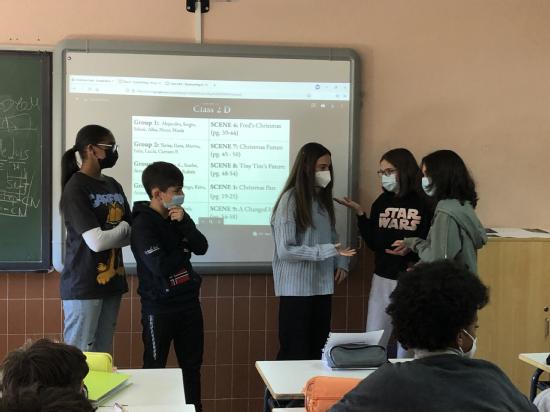 Will we have awakened any artistic vocations? We’ll find out soon… For now, we have seen some Oscar worthy performances… and the curtain has not fallen yet. New projects are around the corner. Keep tuned because…

The show must go on. 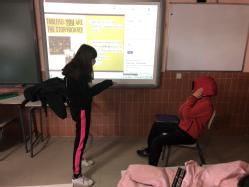