Rome was founded in 753 BC in the centre of the Italian Peninsula, a strategic territory between the eastern and the western Mediterranean area.

At the beginning of the eighth century BC this territory was inhabited by different people:

According to the legend Rome was founded by Romulus and Remus in the place where they were born. They were taken and nursed by a wolf. In fact, in the mid-eighth century some tribes of Latin origin settled around the hills near the river Tiber because of:

We can distingish three periods into the Roman history:

In the beginning Rome was an absolute monarchy, but the king was given advice buy the senate an assembly composed of representatives of the patrician families.

There were seven kings: four Latins kings and three Etruscans. Etruscans occupied Rome during the sixth century BC. Etruscan domination ended in 509 BC when Tarquin the Proud was expelled after a revolt.

Society was divided into two groups:

patricians, descendants of the first inhabitants of the city. They were considered citizens and controled most of the land.

plebeians, free people. Had no political rights but had to pay taxes and fight in the army.

2. 1. The republican form of government:

2. 2. The fight over political rights:

Origin of the conflict:

At the beginning of the Republic the plebeians paid taxes but had no access to political post, just the patricians could have them.

The conflict: for more than 200 years the plebeians fought to have equal political rights, they finally succeeded un the third century BC.

2. 3. Major conquests during the Republic:

During the Republic, Rome began to expand territorially with the help of a very well disciplined and organised army.

Phases of this expansion: 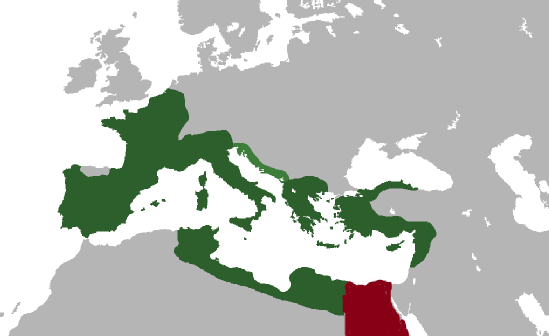 Consequences of the expansion:

3. 1. The Empire´s system of government:

After Julius Caesar´s death there was a civil war that ended with the triumph of Octavio Augusto, his nephew. In 27 BC the Senate granted him practically complete power, instituting a new form of government, the Empire. The institutions of the Republic and the Senate continued to exist but under the control of the emperor. 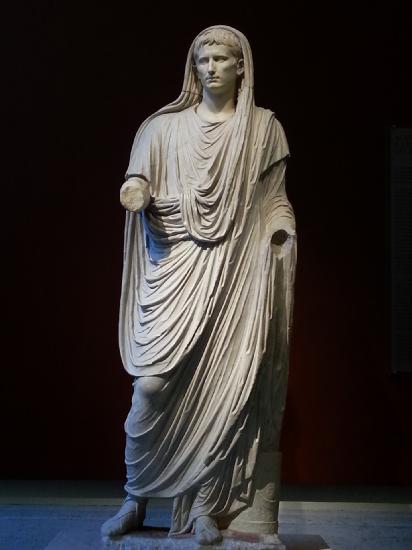 The Pax Romana was the period between the first and the second Century AD. The Empire reached its maximum expansion and enjoyed peace inside its borders. The Romans divided the Empire into provinces under the rule of a governor. Under emperor Trajanus the fronters reached the British Isles, the rivers Rhine and Danube, the Caucasus and the Tigris, and the Sahara desert.

As the Romans conquered, they introduced Romanisation, the process through which the conquered people, the barbarians, assimilated the culture of the conquerors. The instruments of Romanisation were: the towns, The Latin language and the roads. 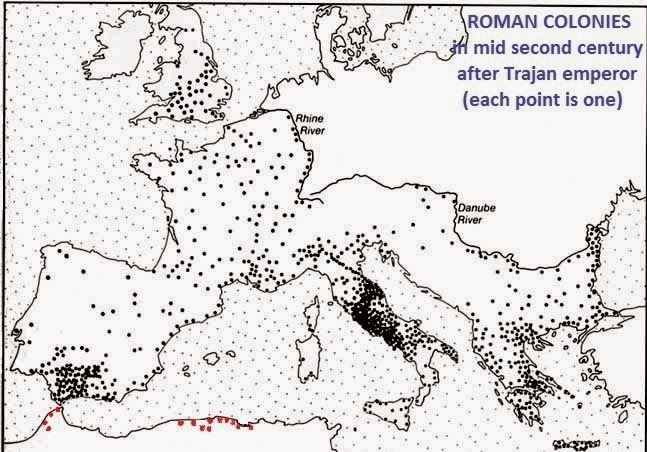 During the thrid century took place a political, economic and social crisis that almost destroyed the empire:

In order to improve the administration, Theodosius I divided the empire in two parts:

Finally, in the 5th century, the germanic peoples invaded the Western Empire and in 476 AD, the last roman emperor, Romulus Augustulus was deposed.

Partition of the Roman Empire, 395 AD

The Roman economy was built on slaves, on the generalised use of slaves to work in agricultural and urban activities.

4. 3. Farming: Based on sheep, goats, donkeys and horses

4. 4. The mining industry and crafts:

The roman society was divide into two main categories:

According to the political rights were divided into two groups during the Monarchy and the Republic: plebeian and patrician.

Later during the Empire they were divided according to their wealth:

There were two kinds of religion.

Took place within the family. They worshipped:

In every house there was a Lararium: a domestic altar, where the head of the house, the “pater familia”, made offering. 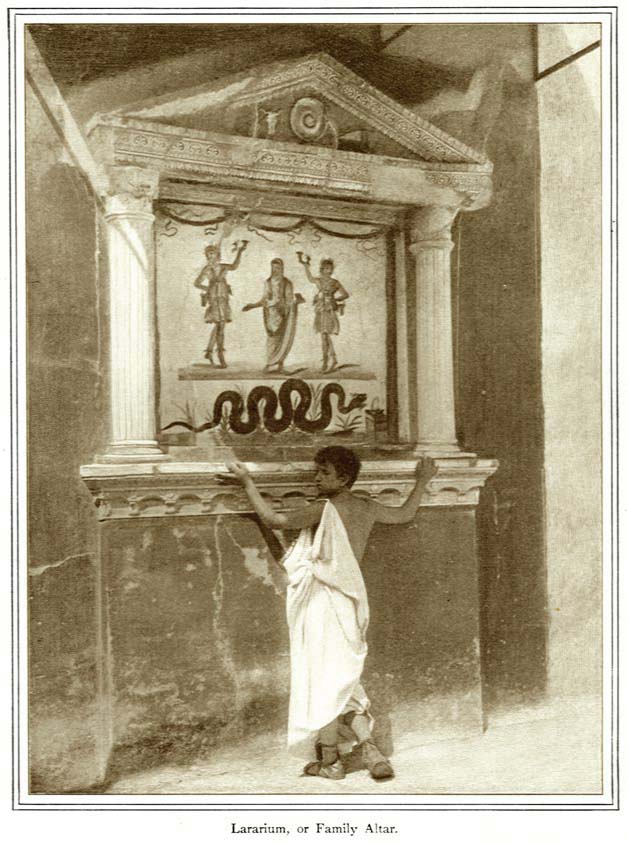 6. 2. Birth and expansion of Christianity:

The birth of Christianity:

It had its origin in the first century in Palestine. It was a new religion preached by Jesus of Nazareth:

The expansion of Christianity in the Empire:

In the early years they were persecuted by the authorities because they refused to worship the Emperor due to their monotheism. Christians had to practice their rituals secretly.

Edict of Milan, 313: the Emperor Constantine authorized Christians to practice their religion.

Edict of Thessalonica, 380: The Emperor Theodosius declared Christianity the official religion of the Empire